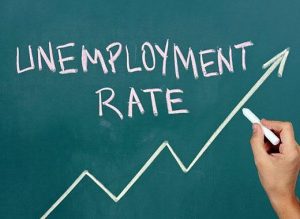 For a nation considered as Africa’s largest economy with an unemployment level set at 33.3%, the future looks gloomy.

Recent figures by the National Bureau of Statistics have shown that Nigeria is now the second country topping the unemployment ladder globally. This, I must say does not look good for women particularly those between the ages of 18-35. Women constitute over 60% of the labor, therefore making two-third of the unemployed group. This was further affected by the pandemic.

Despite their enormous potentials and skills, they are left with no option but to take up demeaning jobs and making vulnerable to sexual harassment and violence from their employers. This situation has forced several young women to either seeking greener pastures in Europe where they are often subjected to prostitution or depression thus considering suicide as the best way out.

Shall we fold our arms and watch this continue?

Certainly no, HEIR WOMAN commends the efforts by the government and other well-meaning Nigerians in curbing unemployment however there is room for improvement through investing in digital skills development for young women and implementing economic policies that encourage small and medium enterprises.

With this, they will become self-reliant and maximize their potentials to the fullest, and equally helped in curbing the unemployment level in the country.