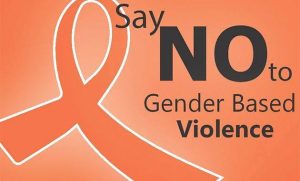 Gender-based violence (GBV) remains one of the most prevalent and persistent challenges women and girls around the world are confronted with, and this expresses the disparity in power relations between women and men.
The underlying root causes for gender-based violence can be difficult to uncover, as it requires us to look beyond what we see rather than examine the more complicated factors that continue to facilitate the problem. There is no single factor that can explain gender-based violence in our societies, but rather a contribution of factors, which are broadly classified into four;
1. CULTURAL
2. LEGAL
3. ECONOMIC
4. POLITICAL

1. Cultural factors: Gender stereotypes are considered to be justifying factors for violence against women. Cultural norms often choose the socialization of gender, as females are socialized to see them be under male authority, These norms can foster a culture of abuse, such as early and forced marriage or female genital mutilation, etc. Sexual harassment of women and girls is gradually becoming a way of life and it is greatly supported by cultural norms.

2. Legal factors: Victims of gender-based violence are regarded as shameful and weak, with many women still being considered guilty of attracting violence against themselves through their behavior. This contributes to the low level of reporting and investigating cases of violence against women. In addition, although there are various provisions against violence against women in Nigeria such as the VAPP Act, the Penal Code, the Constitution however these laws and policies are still yet to be implemented fully. In some instances, victims experience delays in getting justice, they deserve like in the case of Elizabeth Ochanya Ogbanje who was raped by her uncle and his son and died from complications of vesicovaginal fistula (VVF) and 3 years after justice is yet to be served.

3. Economic factors: The lack of economic resources generally makes women specifically vulnerable to violence. The heightened level of economic recession in Nigeria has further compounded patterns of violence and poverty, therefore the situation is even difficult for victims of gender-based violence. The increase in the poverty rate has forced more girls into early and forced marriages thereby increasing the number of out-of-school children and cases of VVF. Some women may have to sell sex to survive, and money shortages increase tensions within families, which can lead to violence.

4. Political Factors: Women are still underrepresented in governance and decision-making processes and consequently have access to very few opportunities to influence policies that would affect women in Nigeria positively. For instance, according to ElectHer Nigeria women account for just 4.5% of legislators Nigeria has, therefore, contributed significantly during the designing and adopting of measures to combat gender-based violence and support equality.

In addition, war and conflict also to gender-based violence. Women in Displacement in their report revealed that women and children account for 80% of the population of internally displaced persons and there have been cases of sexual exploitation and abuse of these women even from those meant to protect them.
We believe that unequivocally that protecting and empowering women and girls through entrusting them with leadership responsibilities, access to opportunities is key to making lasting change. Let’s orange the world and make it safe and habitable for women and girls.