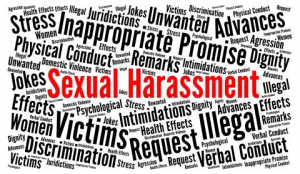 The 7th of July 2020 brought a lot of people great relief as on this day the Senate, the upper legislative chamber passed the Sexual Harassment bill into law. This makes women’s rights activists excited as the incessant cases of sexual harassment of students by their lecturers who were meant to protect them was becoming alarming.

The sex for grade video plays a significant role as it exposed this evil monster “Sexual Harassment. This bill becomes a powerful instrument that female undergraduates and activists can use in the struggle against this common.

The purpose of the bill as advanced by Senator Ovie Omo-Agege and his colleagues was to protect, prevent and seek redress for students against sexual harassment from their educator. The bill further specified 6 offenses with sexual harassment and this include;

1. Lecturer demanding or have sexual intercourse with students or prospective students.
2. Direct or inducing an individual to engage in the act or serve as an ally in the act.
3. Intimidating or creating a hostile or offensive environment for the students by asking for sex or making sexual advances toward the student…
(Check the Anti-Sexual Harassment Bill for the other offense and penalties for violation).

Interesting if a student reports to the institution’s authority and such a report is treated with negligence, that is considered a crime.

Now beyond knowing that such a bill as this exists, how much do you know about the content of the bill. Ignorance they say is the root of misfortune and the degree of your freedom is directly proportional to your knowledge level of the law.

You must not stop reading and keep reading. Both students, parents, guidance, and human rights activists should ensure that we can familiarize ourselves with the provisions of this bill. Only then can we effectively win against sexual harassment in our tertiary institutions thereby making It a safe space for learning.